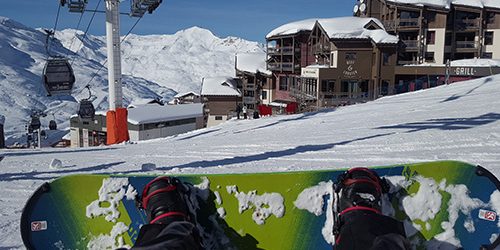 Tell us a bit about yourself; your career background?

I’ve been working in Telecoms, and more specifically within the Hospitality vertical since 1998 when I joined Ashland Communications Limited as an apprentice engineer. This is where I first met some of the people, like our MD Neil Tolley and CTO Kevin Burgess, that I still work with to this day. I left Ashland in 2006 to broaden my experience but ended up back there in 2010 when the company I was working for, Nessco LTD, was acquired by Spiritel Group which had previously acquired Ashland Group.

During my time in the industry, I’ve seen many technological developments such as the introduction of VoIP, IPTV and the explosion of guest Wi-Fi and more recently the move to the cloud. I’ve held many roles within the businesses I’ve worked for from apprentice, installation engineer, technical support engineer through to project manager and now pre-sales.

Outside of work I have a wife and 3 boys (10, 8 & 2) who keep me on my toes. Like most working parents I don’t have much spare time but when I do, I like to dabble in a bit of boxing (mostly trying not to get hit) and I also enjoy Snowboarding & Mountain Biking.

What is your motto?

Manners cost you nothing, but ignorance will cost you everything

Given a chance, who would you like to be for the day?

Tough one but I think it would have to be an astronaut. I like the idea of experiencing something that very few humans have managed.

Although I’ve been all over EMEA with FourteenIP I would have to say the Ashford Castle in Ireland. Its rare to have the opportunity to work on a property that is steeped in history and character and also in such a beautiful setting. It was a real pleasure to work on this project and to see the refurbishment from start to finish.

Many things but the top ones would be; becoming a trusted advisor to customers both for services we provide and also other services. When a customer comes to you for advice regarding problems they are experiencing outside of the core services you provide then you know you are getting things right. I also enjoy the need to keep abreast of new technologies and products within a fast-paced technological industry.

And what are the most challenging aspects of your job? Managing expectations while trying to work at the level of detail required for my role. Hospitality is a 24/7 and high pressure vertical, especially at the higher end.

Who has been the biggest influence in your career?

No doubt, Neil Tolley. His knowledge of the hospitality industry is second to none and his ability to see the next trend is amazing, even if some of them are before their time!